1655, a year which completely changed the face of traditional cheesemaking. A famous hard cheese, which had been made from time immemorial, was given the name of its region of origin, a lasting symbol of its sovereign-class quality: gruière (now Gruyère).

Just imagine... Switzerland with as yet undefined borders, reigned over by rich families of nobles, abound with social and religious tensions, where the sellers of Gruyère had to engage in a fierce competitive battle in order to feed their families. A country where those who transported goods were in permanent danger and subject to frequent attacks by destitutes or highway robbers. Many tales and legends rose up in these troubled times, including the one which follows. 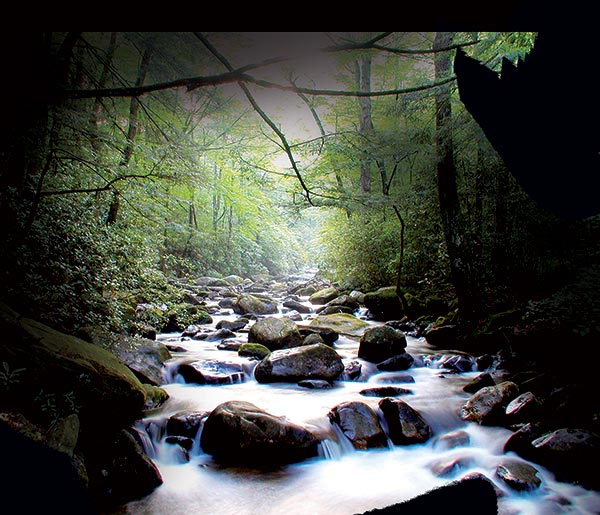 The two brothers Jean and Pierre Rime were master cheesemakers in the Gruyère region. One stormy autumn night, the dairymen were woken suddenly by shouts and cries coming from a road not far from their farm.

Under cover of darkness, a group of penniless robbers was attacking a coach and its occupant. The two courageous brothers, armed with large sticks, intervened in the scuffle and, not without difficulty, succeeded in overcoming the band of criminals. A man dressed in rich garments appeared from the coach and praised God for the miraculous actions taken by his rescuers.

The dairymen invited him to join them in their humble abode to recover from his fright.

The gentleman, who was none other than the bailiff of the town of Gruyères, then introduced himself to his hosts. Jean and Pierre felt a little uncomfortable at not having much to offer him, but asked if he would like to taste their last remaining Gruyère.

The brothers applied techniques and ripening periods that did not permit them to produce large quantities of cheese, but these were the only ones they knew. Never having welcomed such an important guest before, Pierre and Jean waited in silence to hear the noble’s judgement.

When he had finished eating, he thanked his hosts politely and went on his way with his few remaining guards.

A few weeks after this episode, the two dairymen were going about their business when a man knocked on their door and announced some news that left them speechless. The bailiff had been so impressed by the Gruyère produced by the Rime brothers that he had decided that their products would from now on be reserved exclusively for his relations, in exchange for a generous sum of money.

Since then, this tradition has lived on through the centuries. A limited number of Gruyère products from the region of the same name, with their specific flavour, is always set aside for the Swiss elite. This treasure of Gruyère is today being shared with the rest of the world. 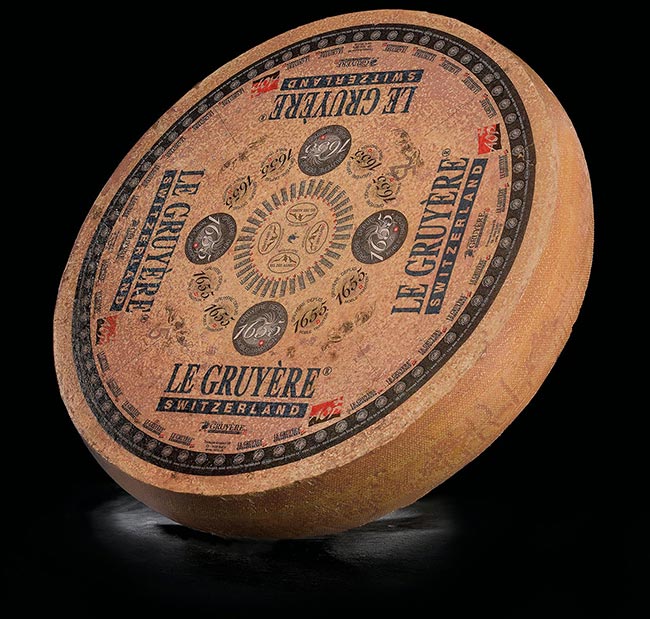 1655 the treasure of Gruyère

Tasting Gruyère AOP 1655 transports you to the very heart of Gruyère country and its surrounding area, where green pastures and rolling hills can be found alongside snow-topped peaks and bright blue lakes. 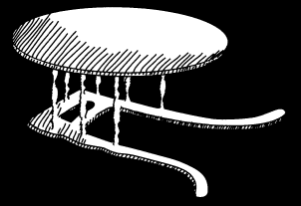 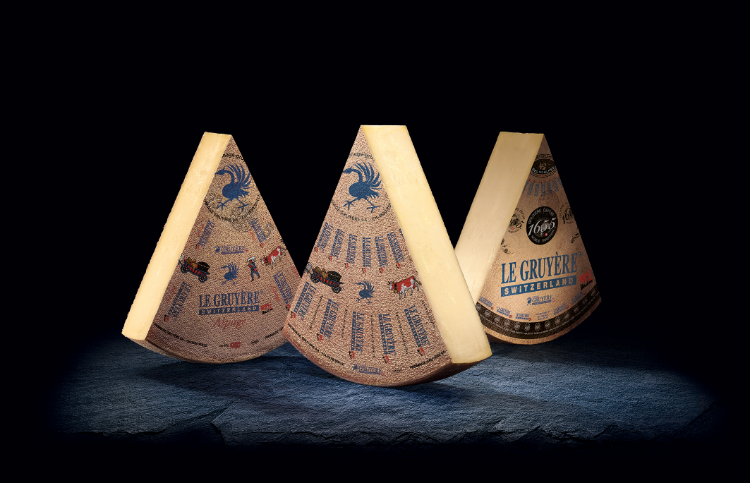